Nigeria’s Minister of Health, Professor Isaac Adewole during a ministerial press briefing in commemoration of World Tuberculosis Day on Friday 23rd of March, launched a new paediatric anti-TB formulations for treatment of drug susceptible TB in children.
In his speech, he explained that the new drug is dispersible and flavored, and meets the WHO optimal dosing recommendations for all children. Professor Adewole also said that “the major drawback in Nigeria’s TB program is low TB case finding for both adult and children as there are a lot of missing TB cases that were either not diagnosed or diagnosed but not reported.”
Professor Adewole said TB burden in the nation has further been compounded by the menace of drug resistance TB (DR-TB) and the HIV/AIDS pandemic. He said in 2017, only 104,904 TB cases were detected out of an estimated 407,000 of all forms of TB cases expected to be detected in 2017. This signifies a treatment coverage of 25.8%, leaving a gap of 302,096 comprising undetected or detected but not notified cases especially “in non-DOTS sites”.
He said Nigeria has recorded lot of progress in the TB/HIV collaborative activity, as currently 96% TB and 82% presumptive TB cases know their HIV status and 84% co-infected clients receive Anti-retroviral (ART) and CPT.
The Minister said in order to accelerate TB case finding, the country has moved from passive to active case-finding in key affected populations. This he said included people living with HIV (PLHIV), children, urban slum dwellers, prisoners, migrants, internally displaced people and facility-based health care workers. He also said that over 11,500 TB cases were detected through active house to house case search in 2017.
According to him, Nigeria has made considerate progress with accelerated TB tracking programme. The country currently has “6,753 DOTS centres compared to 3931 in 2010, increase in total number of Microcopy centres in the country from 1,148 in 2010 to 2,650 in 2017 and the total number of GeneXpert machines installed in the country has increased from 32 in 2012 to 390 in 2017.”
He also added that treatment centres for patients with DR-TB have increased from 10 in 2013 to 27 in 2017 and the number of TB reference laboratories has also increased from 9 in 2013 to 10 in 2018.
“Over 90% of the TB patients notified in 2016 have documented HIV test results compared to 79% in 2010. We introduced the shorter drug regimen for the treatment of DR-TB in 2017. This is to reduce the treatment duration for patients with DR-TB and all states have adopted the treatment.”
According to him, Nigeria recruited TB Surveillance officers in 12 TB challenged states, consisting of Rivers, Delta, Imo, Anambra, Lagos, Oyo, Benue, Niger, Kaduna, Kano, Bauchi and Taraba to strengthen TB notification.
Nigeria is among seven countries accounting for 64% of global TB burden including India, Indonesia, China, Philippines, Pakistan and South Africa. And Nigeria is among 10 countries that account for 64% of the global gap in TB case finding.
Related News: World Tuberculosis Day 2018, on the search for TB Leaders in Nigeria 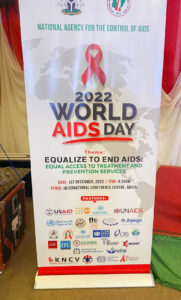 World AIDS Day 2022 is being marked with the theme ‘’Equalize’’. 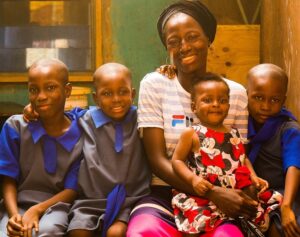