World Tuberculosis Day is commemorated every year on March 24 to raise public awareness about the devastating health, social and economic impact of TB and urge acceleration of efforts to end the global TB epidemic.

According to Stop TB Partnership, the theme for year 2019 ‘IT’S TIME’ is a call to ensure the world is reminded of the commitments made at the UN High-Level Meeting (UNHLM) on TB last year September and the timely need for action in scale up, research, funding, human rights and accountability.

Nigeria joins global partners to commemorate the event with the theme and slogan – It’s TIME! To end TB in Nigeria (Keep the Promise! Find TB! Treat TB!). The National Coordinator of the National Tuberculosis and Leprosy Control Programme of the Federal Ministry of Health, Dr Adebola Lawanson at a press briefing ahead of the event said that “Nigeria is classified among countries with high burden for TB, TB/HIV and MDR-TB and currently ranked 6th globally and 1st in Africa. The country contributes 9% to the global 3.6million missing cases after India and Indonesia with 26% and 11% respectively. An estimated 418,000 new cases occurred in Nigeria in 2018 and the country only notified 106,533 with about 319,599 cases undetected.” The large number of undetected cases constitute a continuous transmission of the disease if not treated which can pose devastating impact to the country, especially in the communities.

It is against this backdrop that the country is accelerating efforts to increase the search for the missing TB cases for diagnosis and treatment. In the words of the National Coordinator, “The Federal Ministry of Health with the support of partners is rapidly expanding TB diagnostics and treatment services to more sites across the country.” One of the strategies being utilized include the scale up of OPD screening for TB in many health facilities.

One of the major challenges affecting TB care and prevention in Nigeria is low case detection and low awareness among the public, which is why efforts are being made to scale up interventions to bridge the gap in TB services at the national level, with the support of the private sector. National TB partners, ARFH inclusive organized and held a week-long activity to commemorate World TB Day as part of the efforts to increase awareness about Tuberculosis. The series of event comprising of a pre-world TB Day press conference, community outreach, roadwalk/rally, gala night, and ministerial press briefing was held in Abuja from March 14-25, 2019.

The Ministerial Press Briefing was remarkable as it was also held to launch the Roadmap to translate the UNHLM Commitments on TB into action and the Report of the National Catastrophic Cost Survey, which was conducted to document the social and economic impact faced by Nigerians affected by TB as a result of their out-of-pocket spending on TB care. Results from the survey showed that about 71% of Nigerian households were deeply affected by the socio-economic impact of Tuberculosis and without appropriate policy-driven and human rights interventions, many Nigerians may continue to be fatally affected by TB. The roadmap highlights the action points to be scaled up by the Federal Government of Nigeria in her commitments to end TB by 2035 and address the country’s high TB burden as promised at the UN high level meeting on TB.

ARFH President, Prof. O.A Ladipo in his address at the Ministerial Press Briefing commended the country’s effort in the fight against tuberculosis but however expressed the need to generate more awareness by effectively engaging the media and religious leaders in increasing uptake of TB services. He also highlighted the need for concerted efforts to change the mindset of Nigerians about tuberculosis to prevent people from suffering from tuberculosis-related stigma by extensively spreading the information that tuberculosis is curable, treatment is free and provided for by government and many private hospitals. The Association for Reproductive and Family Health as a key implementing partner of the Global Fund to fight AIDS, Tuberculosis and Malaria is committed to her work to generating demand to increase uptake for TB services, especially at the community level.

Commitments made by global leaders at the UNHLM on TB include accelerating action to: 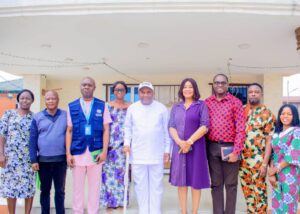 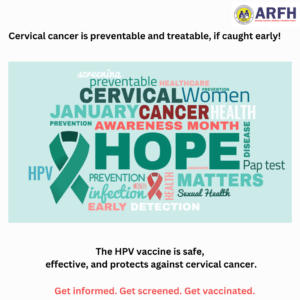 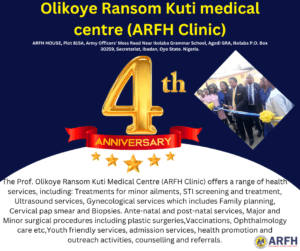